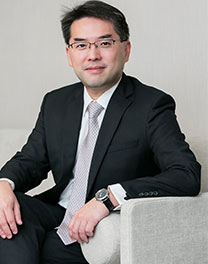 How the finale of US-China trade negotiation will shape up is anyone’s guess, but one macroeconomic trend has solidified: Asia is on the cusp of creating a virtuous circle of internally driven growth that will make the region less susceptible to external shocks.

The data tells a compelling story of a region consuming more at home and trading more with neighbors, generating a regional economic ecosystem self-sufficient in the three vital mutually reinforcing elements of growth: manufacturing, consumption and investment.

With these in place, Asia can create its own economic weather, making it less vulnerable to both volatility elsewhere in the global economy and to policy demands from developed economies with different priorities.
Asia now contributes two-thirds of global economic growth, implying that we could be approaching a point where Western economies become more dependent on Asia for their future economic wellbeing than Asia is dependent on the West.

Asia’s largest trading partners are no longer in North America or Europe: last year, 54 per cent of exports from Asian economies stayed within Asia. In Taiwan’s case, total exports grew by 29.5 per cent in the decade to 2018, but exports to Asia grew by more than 40 per cent.  Although some of this is driven by increasing diversification of supply chains within Asia, the trend of trade driven by regional consumption is likely to build momentum.

Asia’s new consumers are already changing the face of the global economy. Regional manufacturers and international corporations which once used Asia as a cheap place to create products for western consumers are now focusing on customers closer to the factory.

For example, around the world, cars are getting bigger grilles that cater to Chinese tastes; clothing lines are incorporating smaller and slimmer fits for Asian customers; and furniture companies are introducing new designs made from materials that can cope with the heat and humidity of tropical climates.

That is not to say that Asia is immune to the impact of increased trade tensions. Inter-regional exports and international investment are both down, but these impacts are more driven by the uncertain future than the tariffs themselves, and do not on their own represent an existential threat to the region’s economic future.

They may even help promote Asia’s self-reliance in the long term by creating a more balanced internal economy in the region. Some American companies have switched to manufacturing sources outside China, typically moving production to countries like Vietnam and Malaysia to avoid tariffs and legal sanctions.

The trans-Pacific trade dispute has given a new sense of urgency to resolving these issues. The emergence of an Asia that derives its growth from intra-regional manufacturing, consumption and investment has profound implications for the global economy, which has until now been largely framed by the demands and tastes of Western consumers and investors.

In this context, Taiwanese business will play a critical role in the new trade landscape. As one of only five developed economies in the region – alongside Hong Kong, Japan, Singapore and South Korea – Taiwan is at the top of the regional food chain. Taiwan-based firms are already leading way in diversifying their supply chains and expanding their investments in Asian markets to shorten and localize supply chains to take advantage of the growing buying power of Asian consumers.

But if the region is to reach its full economic potential, trade barriers need to be reduced. Taiwan is one of the more open economies, and tariffs are falling everywhere, but non-tariff barriers elsewhere are still imposing a significant drag on trade growth.  If our local economies can work together, Asia can create something that is greater than the sum of its parts: a region that will not only lead global growth, but will also be in a stronger position to resist external shocks. The future of global growth lies in Asia, and Taiwan is perfectly positioned to be at the heart of that growth.